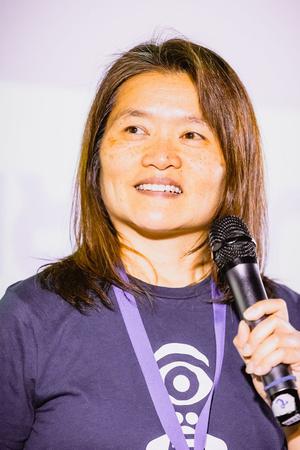 Mary is a Senior Developer Advocate at IBM with the Liberty/Websphere team, focusing on Open Liberty, Microprofile, Jakarta EE, OpenJ9, Java, Open Source, Cloud, and Distributed Systems.  She transitioned from Unix/C to Java around 2000 and has never looked back since then.  She considers herself a polyglot and loves to continue learning new and better ways to solve real-life problems. She is an active tech community builder outside of her day job, and currently the President of the Chicago Java Users Group (CJUG), as well as a co-organizer for several IBM-sponsored meetup groups in the Greater Chicago area. She was recently being nominated and has been accepted as a Java Champion (as of November 29, 2021).

How does one choose to architect a system that has a Microservice / REST API endpoints? There are many solutions out there. Some are better than others. Should state be held in a server side component, or externally? Generally we are told this is not a good practice for a Cloud Native system, when the 12-factor guidelines seem to be all about stateless containers, but is it? It’s unclear and this confusion may lead to poor technology stack choices that are impossible or extremely hard to change later on as your system evolves in terms of demand and performance.

While stateless systems are easier to work with, the reality is that we live in a stateful world, so we have to handle the state of data accordingly to ensure data integrity beyond securing it.

We will examine and demonstrate the fundamentals of a Cloud Native system with Stateful Microservices that’s built with Open Liberty & MicroProfile: