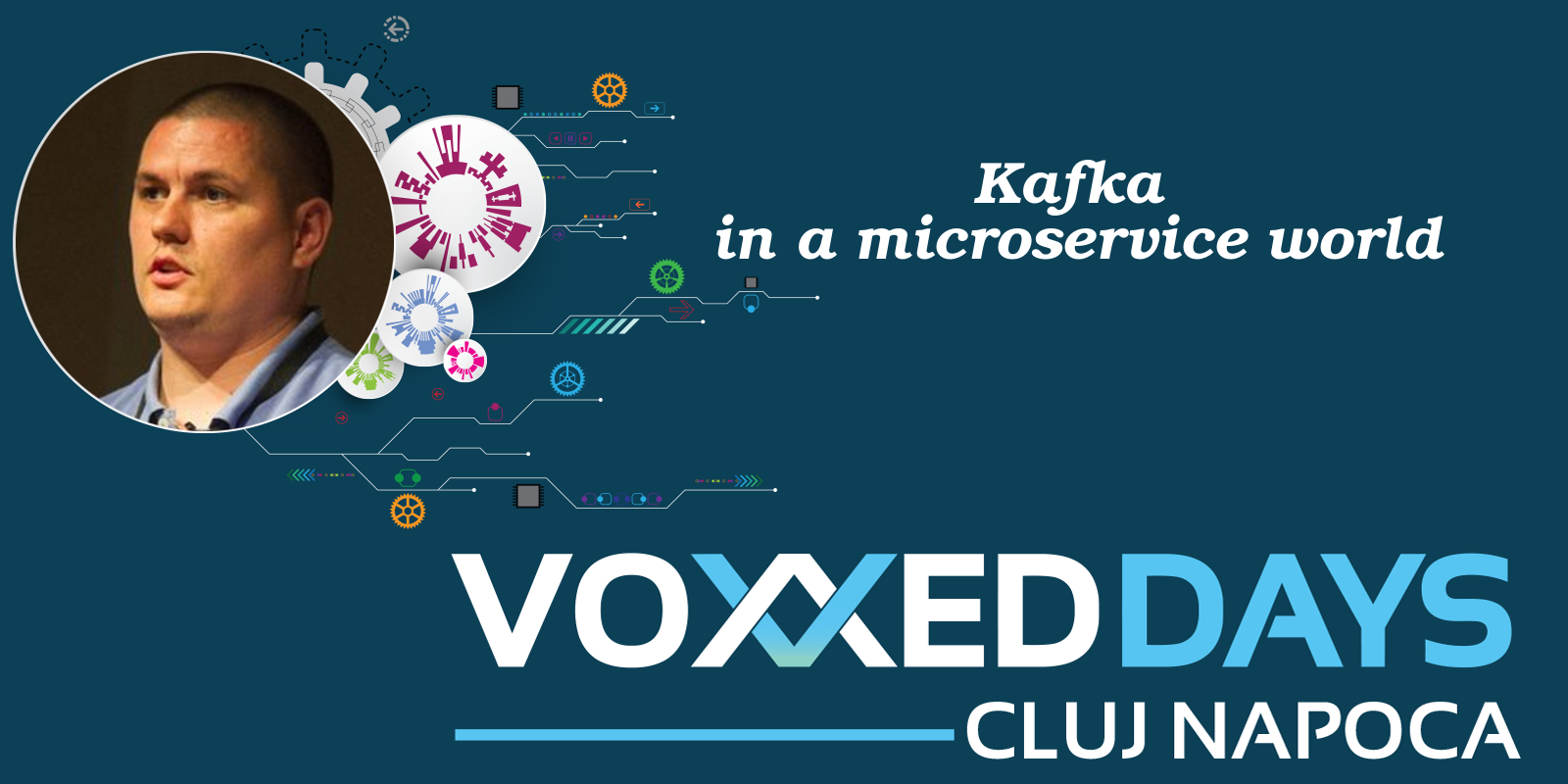 Kafka in a microservice world

I’m an enthusiastic Java developer. I worked hard on backend systems over the last 10 years, solving technical challenges of a broad range of enterprise Java applications as a developert. During these years I have had the chance to learn to handle Java’s performance in ways most people never thought of.

About 4 years ago I was asked to teach our inexperienced developers, Spring Framework. This was the journey that introduced me to held a speech in front of an audience, and I liked it, so after holding tons of workshops for my fellow colleagues. Holding several speaks on different subjects, like OSGi, Eclipse RCP, Microservices and lately on Apache Kafka, I finally sent a CFP at an international conference too, and I was accepted, so I continued.
Since than I was present or already accepted as speaker at several conferences and I would like to continue too by showing you what I learned.

I also have an MsC in Computer Science from Babes-Bolyai University of Cluj-Napoca.

During my carrier I worked in different multinational companies on different projects. In my early career days we were developing monoliths. The industry showed us that this wasn’t the most fortunate trend, but we learned from this. So lately we started to do microservices.

All this was cool, but as soon as the success of the product grew, the response time of the system decreased. In some cases so much that they could not handle it any more.

Very soon you realize that the bottleneck is the communication between your microservices. So choosing a lightning fast messaging system is essential, and this is how Apache Kafka takes it’s place in a microsevices world.

SEE ALL OUR SPEAKERS